When I first found out that the World Street Food Congress included a dialogue session with Anthony Bourdain, I was psyched… until I found out that tickets to the dialogue cost a whopping S$750. Needless to say, we passed and just went for the Street Food Jamboree – a showcase of 37 street food vendors from 10 countries, held at the Pit Lane.

The Jamboree was on for about 10 days, spanning 2 weekends. We therefore had 2 choices - go on the first weekend and face any inevitable teething problems, or go on the second weekend and risk them running out. We chose the latter, which on hindsight wasn't the smartest. The famous Noma porc sandwich ran out the day before, which was one of the things that we really wanted to try. Moral of the story - teething problems are still better than stocks running out.

Some highlights (for us) of the Jamboree were: 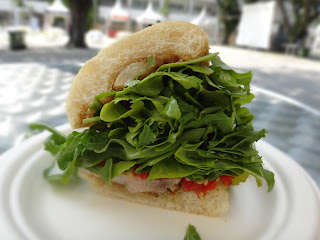 Porchetta sandwich from The People's Pig - sliced porchetta (Italian-style roast pork belly) on ciabatta with arugua and a generous dose of lemon. The rich, fatty pork was nicely tempered with the bitter arugula and lemon juice, making for a really flavourful yet refreshing sandwich. 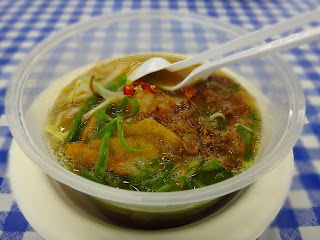 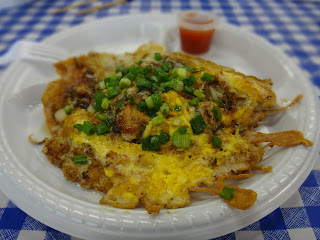 The Hoy Turd, Thai-style oyster omelette, was an amazing version of our local orh luak. There was a smoky flavour, lots of wok hei, and the egg mixture had just enough starch to give texture but was still crispy. Beansprouts added a nice crunch, and the oysters were super fresh. 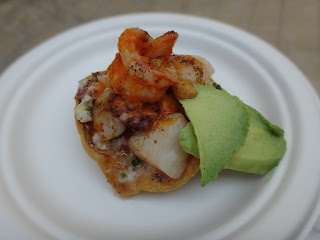 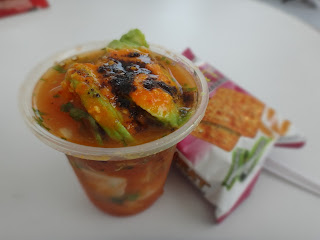 Mexican street food vendor La Guerrenrense is a legend, having been featured on numerous travel programmes and publications. They showcased a Tostada, a crisp flatbread topped with fresh seafood, and a cocktail of sorts with ceviche in a tomato gazpacho. Both were excellent - very refreshing and balanced, with really fresh seafood. 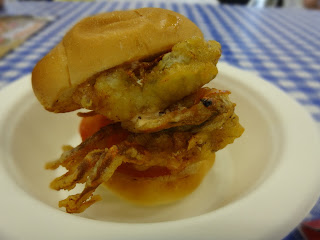 There were a couple of disappointments, most notably the soft-shell crab burger from renowned Portland food cart EuroTrash. By the time we visited, I guess the guys had gone back to the US, so the stall was manned by less-than-competent Shatec students. 6 people behind the counter were staring aimlessly into space while they waited for miniscule portions of crab to be fried. After all that, the $16 burger was definitely not worth the 15 minute wait.

Makansutra, the organisers of the Congress, have announced that despite making some losses this time round, they will continue to hold the event again next year. I'm glad - I think it definitely has potential, given how accessible street food is compared to fine dining. Some tweaks need to be made, like a different venue perhaps, and definitely a shorter duration, but if the vendor list is promising next year, we'll be there.

Some great food, but some stalls were either closed or sold out of what we wanted. Also, not cheap considering some portion sizes. We ended up paying $120 altogether. Plus, after we'd already paid for admission, they made admission free. Pweee!

woah O.o cutting admission fee after paying for it.

When I went to the jamboree, there were very few people (no queues and plenty of seats for visitors but bad for business).

Hopefully the next one will have more people and street food from Korea and Taiwan.