A group of 5 of us had dinner at Izy, a new(ish) izakaya-concept bar and restaurant along Club Street. They do sharing plates, but portions are still on the small side, so between us we managed to sample most of their menu.

I have to say that I expected it to be more style than substance, but was happily proven wrong. Staff were very friendly, and more importantly the food was very good. I don't think anything was bad; it was just a question of what impressed us more.

First off, remember to ask about their specials. A couple of dishes weren't on the menu but we ran into A's friend there, who raved about a couple of off-menu items. The sesame tofu with uni and ikura was very tasty - a silken tofu pudding with just a hint of sesame, and a dollop each of fresh uni and ikura. Both the uni and ikura were already strongly flavoured, so I appreciated how they were quite restrained with everything else. 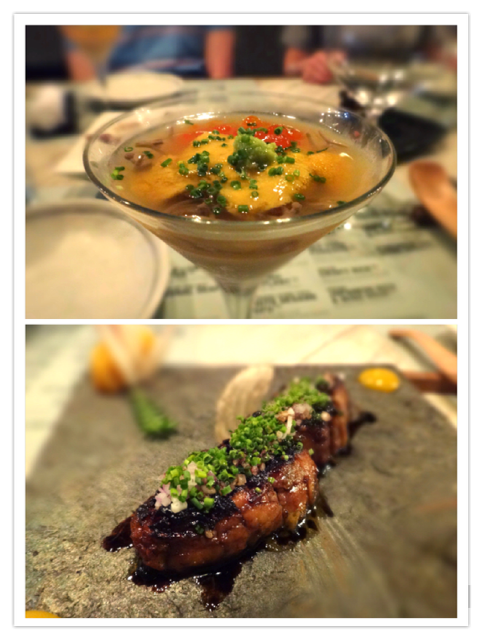 The foie is another special - foie gras marinated in sake for 3 day is then charcoal grilled, so the flavours are sweet yet smokey. The sake added a very nice dimension to an otherwise straightforward yakitori foie dish. 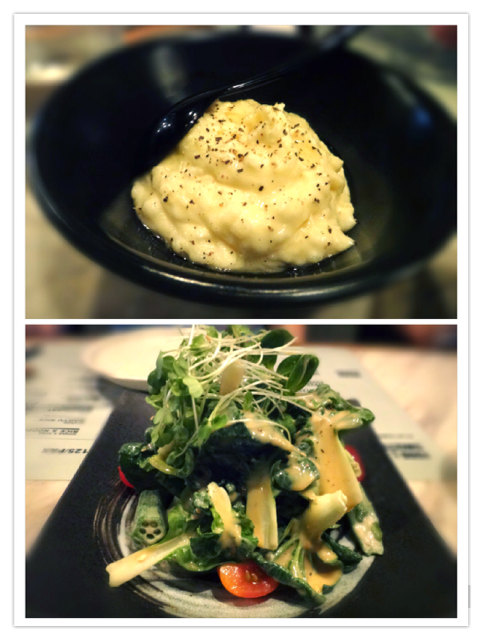 Two seemingly unassuming dishes on the menu turned out to be some of the best we had all night. First was the smoked potato salad, which again was so simple but so tasty - a creamy and smokey cross between potato salad and mashed potato, with a smokey hit. The other was their salad, that featured fresh vegetables tossed in a sesame dressing. The vegetables were super fresh, and again the dressing wasn't overpowering. 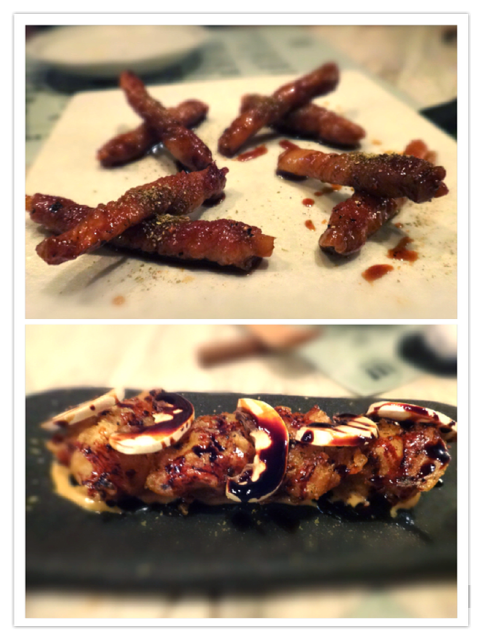 That's not to say that the food is always simple and bland. Their pork and ginger rolls had slices of pork wrapped around young ginger. The ginger flavour was almost too strong, but it stopped just shy of being overpowering. The fried chicken with balsamic soy glaze was also quite a flavour bomb, with battered chicken quite heavily spiced and drizzled with a sticky glaze. 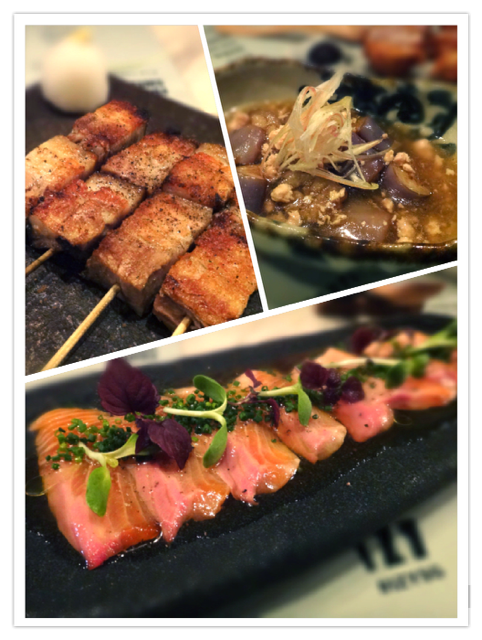 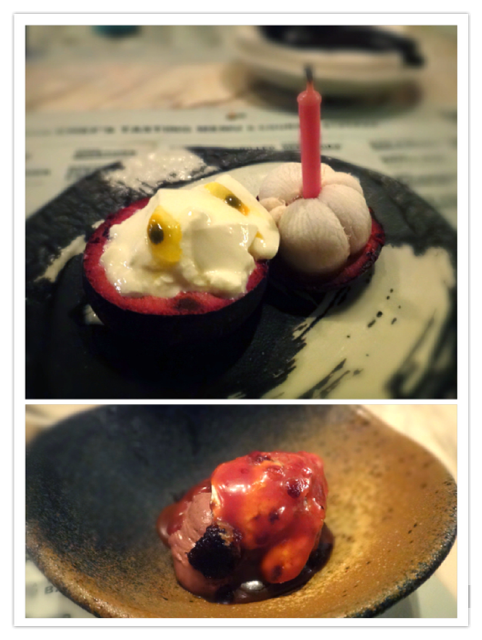 Even their desserts are interesting. We tried the mangosteen almond pudding, and a coffee and chocolate mousse. I enjoyed the pudding, but objectively I think the mousse was better.

Another place that definitely begs a revisit.

Surprisingly, it's the simple dishes that really stand out here. Is it the best for the price? I'm not sure, but it's definitely worth a try.

Posted by atetoomuch at 8:09 PM No comments:

Grain currently only delivers at lunchtime around the Marina Bay area, so this post may not be relevant to everyone, but I wanted to do a quick write-up about how good both their food and customer service are. Every weekday they offer 2 items, and to keep the suspense, they only announce the options when orders open at 10.45 am. Ingredients are listed in minute detail, as are nutritional information on calories, fat, carbs and protein.

You place your order either online or via telephone, and you can get your food in as little as 10 minutes. If you opt for a later delivery, say between 12.30 – 12.45, they will call you almost on the dot, and you meet the driver at the pick-up point.

How it works seems simple. Because they only have 2 choices a day, they only need to prepare those 2 options. By the time the email goes out indicating that orders are open, their drivers would already be in the Marina Bay area with stock of both choices, waiting for orders to roll in.

What they may lack in daily choice is more than made up for by their stellar customer service. They are always on time, never mess up an order, and are always there with a smile and a kind word. That personal touch almost makes it feel like a friend is delivering a home cooked meal to you. After lunch, they gather feedback on the meal, and dishes that get good reviews are brought back more often.

I’ve had very few misses, but some of the more notable hits have been: 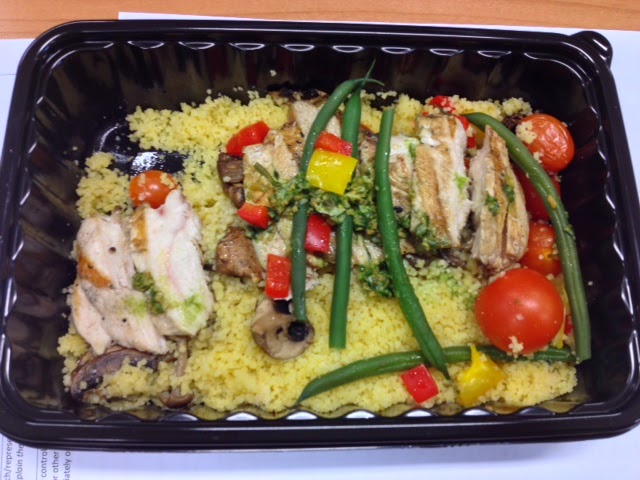 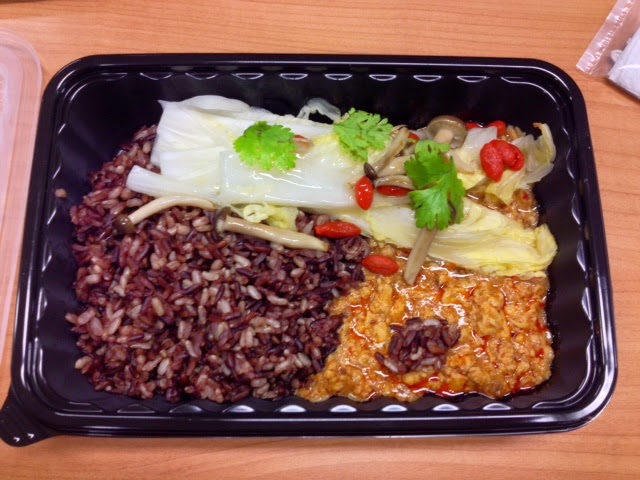 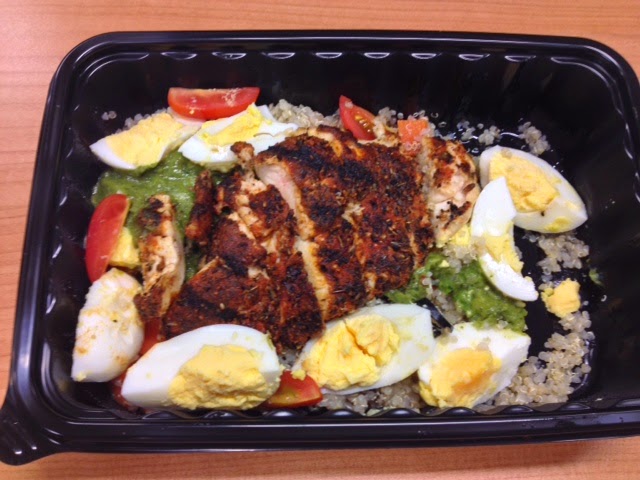 They cook their chicken especially well – it’s almost always nice and charred on the outside, yet still quite moist and tender. At $10.95 per dish (delivery is free for orders over $8), this is way more attractive than getting a soul-less salad for $10+.

I would highly recommend checking them out (www.grain.com.sg) if you work in the Raffles Place/Marina Bay. I hope they eventually expand their operations to include dinner service too.

Posted by atetoomuch at 10:58 PM No comments:

Seriously Ice Cream is our new go-to place if we want a light ice cream snack. Their ice creams are made without preservatives so the texture is a lot lighter and less dense than regular ice cream, but that’s also what makes it so light and refreshing.

They also do interesting flavour combinations, and they even have a mystery flavour every weekend. If you can guess every element of the mystery flavour, you get a free scoop of ice cream. It may sound easy enough, but with flavours like olive oil lemon oregano, or mango cardamom cheese curds, we haven’t gotten it right so far. 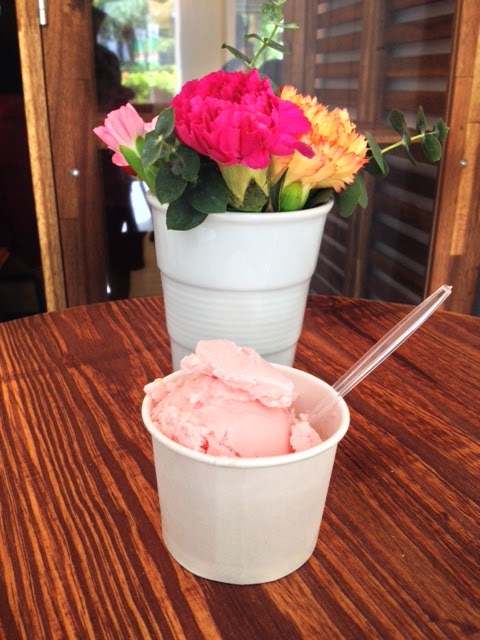 Our mainstay flavour is the amazing Lychee Rose, and we’ve also tried their blue cheese waffle with a miso gula Melaka ice cream. The waffle was a bit light on the blue cheese but you can always tell them to amp up the blue cheese when you order. The owners are really friendly and extremely accommodating.