Sorry for the radio silence. We were away, and have been super busy since we got back, so we're still working on chronicalling our holiday eats.

It'll take us another week or two to start posting our holiday stuff, but in the meantime we thought we'd write about our bittersweet meal at the original Ember last night, so that anyone who wants to do the same has one more month before Sebastian and Sabrina serve their last meal there on 30 April. 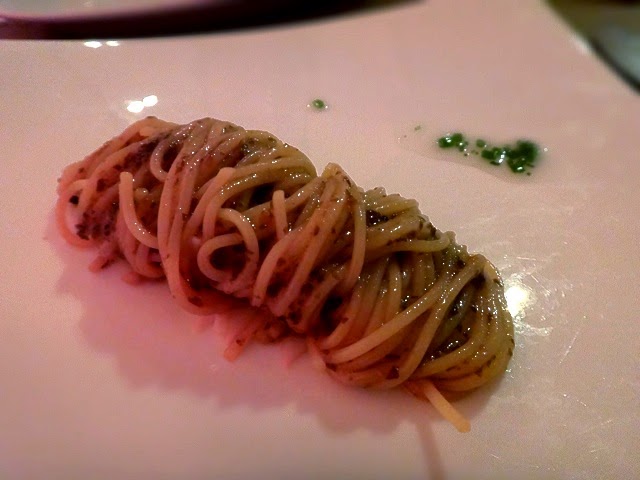 We each ordered the set, and added the angel hair pasta with konbu and abalone. That was served first, and (what would be a recurring refrain throughout the night) was familiarly perfect. My chicken and duck liver parfait was rich and creamy and came with a slice of light and buttery toasted brioche. They sold out of the scallop carpaccio so A had the fried soft shell crab with wasabi aioli. Second course: fried langoustine with lobster bisque for A, and the deep fried tofu with foie gras-mirin sauce for me - another must-have. The sauce packs so much flavour, and the tofu is fried perfectly. As tribute to our last meal, we ordered both their signature mains - the Chilean seabass, and the 12-hour pork belly. The seabass was, as it always is, perfect. The pork belly was better than I remembered, with tender meat and ridiculously crispy crackling. 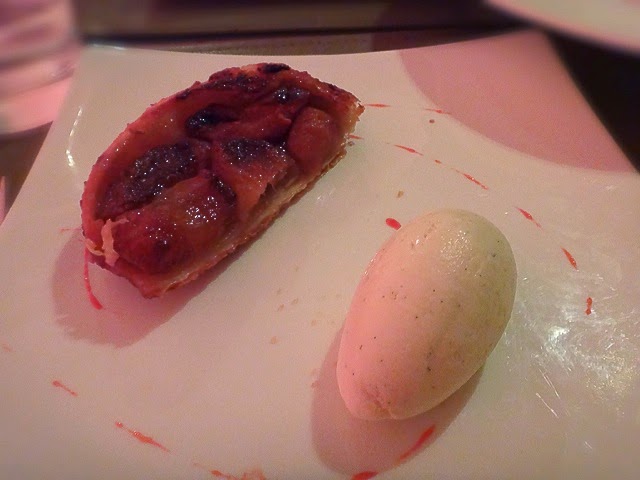 We shared the apple tart tatin with vanilla ice cream for dessert, which was again delicious.

We were lamenting to Sabrina, who recognises us as somewhat regulars, that after celebrating our anniversary here for the past 7 - 8 years, now we have to find somewhere new to go. 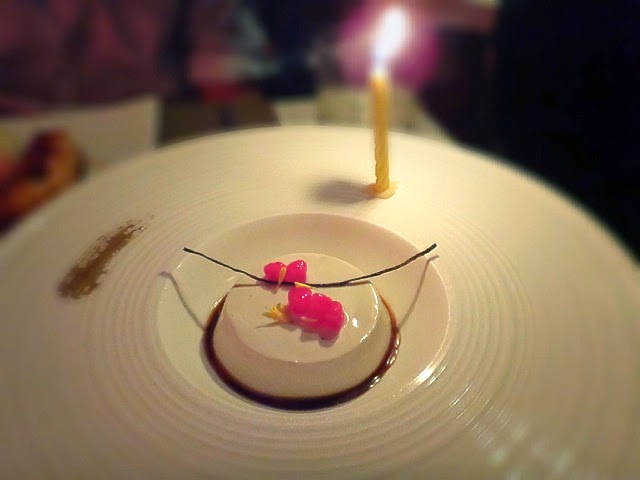 To our surprise, before our tart tatin arrived, we were served a coconut panna cotta with a candle on the side. The waiter said it was compliments of Sabrina, who told us it was to thank us for supporting them from the very beginning, and an early anniversary celebration.

It was such a sweet gesture, and coupled with every dish being executed perfectly, made last night's meal truly bittersweet. I'm glad to have been a part of their 12 year history, and I'm sure we'll be there when their new concept opens its doors (though not for another year or so), but now we have to create new anniversary memories elsewhere.

I'm feeling rather forlorn now, so excuse me while I go mope.

Sigh. This last dinner we had there was especially good. I'd advise everyone to go while you still can. I'll now be looking forward to the new place, hopefully by next year.