One of our new favourite places is Le Comptoir, a creperie/bar along Circular Road that sells some of the best galettes and crepes we’ve had. We’ve been here twice so far – once for a early dinner and again for brunch, and both times were immensely satisfying. 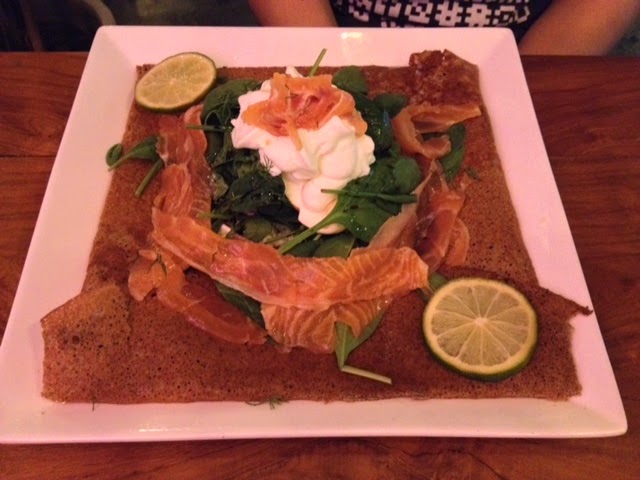 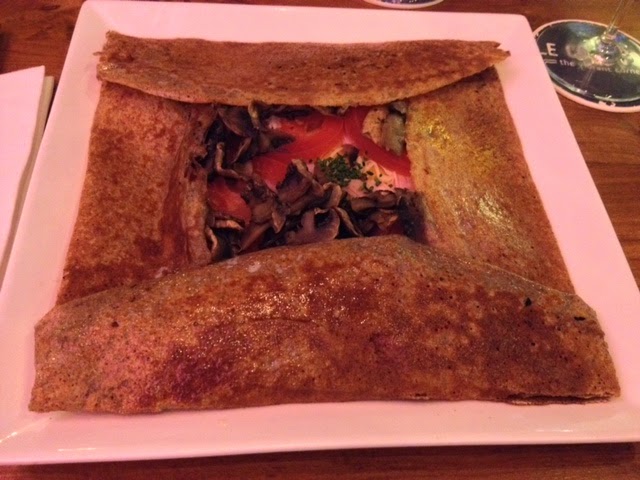 Their galettes are as good as most of the ones we’ve had in Paris – thin, crisp and moreish. A had one with smoked salmon and spinach, and I had the Menage A 5 – a delicious combination of cheese, ham, egg, mushrooms and tomato. 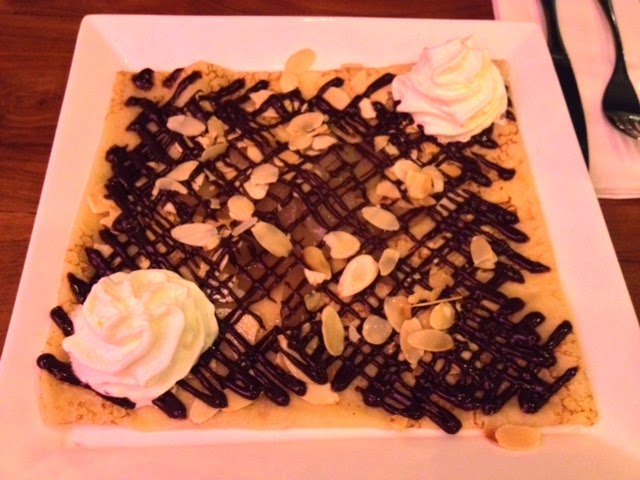 For dessert, we shared a Coco Chanel crepe, with pears, chocolate and almonds.

The Sunday brunch menu has an All Day Breakfast crepe with bacon, egg, mushrooms, sausage and baked beans. The bacon deserves a particular mention – it was perfectly cooked to an even crispness without being burnt.

They also had a Nutella crepe, and we had a brainwave of asking them to add bananas for an additional $2. The resulting Nutella and banana crepe was predictably fabulous – so fabulous that we didn't take any photos of our brunch visit…

I've attended a few corporate events at the Asia Square branch of ABC, and it has quickly become a firm favourite. They add a lovely personal touch and take great pains to make our events very enjoyable indeed. 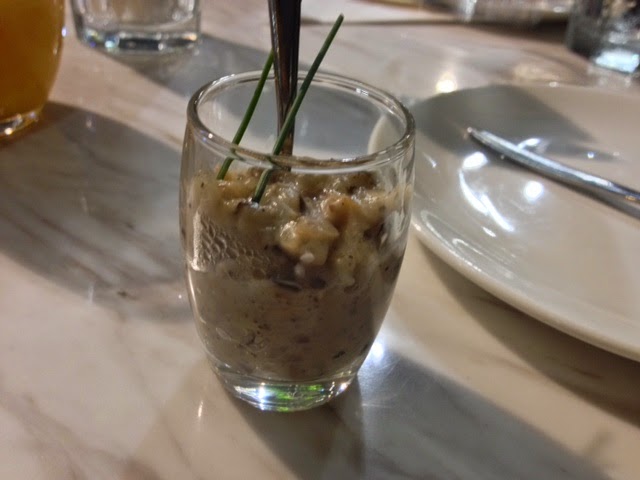 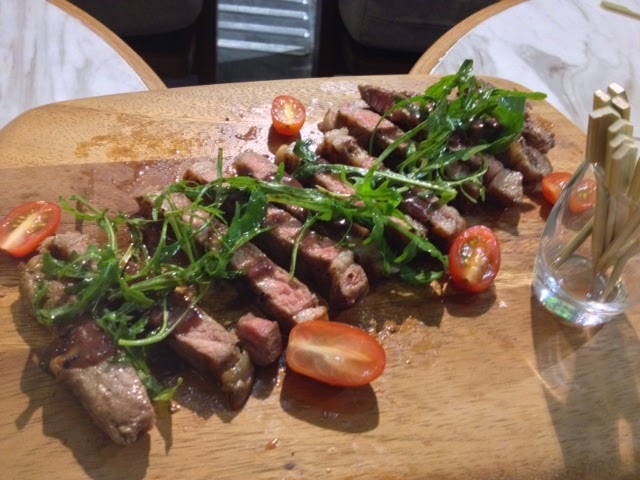 Some of the bites that they offer are shot glasses with a mushroom, grana padano cheese and truffle risotto, seared ribeye steak with pepper sauce, tomato bruschetta and filo pastries with minced meat. All are really yummy, particularly the beef and the risotto shots, which everyone just can't seem to get enough of. 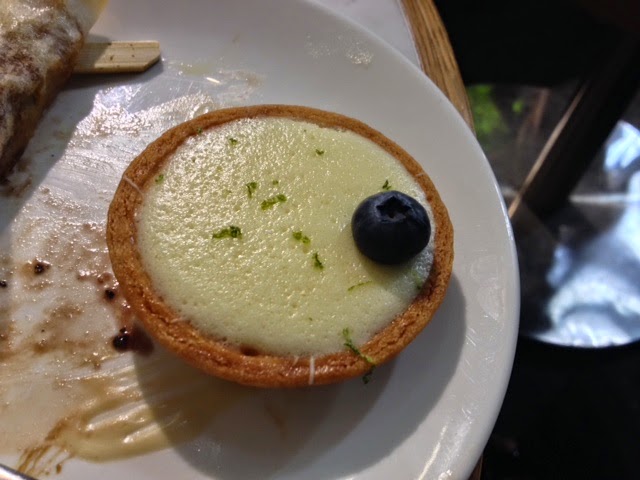 Their tarts are legendary. While many people predictably make a beeline for the chocolate tarts, I much prefer their lemon tarts, which have the perfect balance of sweet and tart. Their eclairs and fruit tarts are pretty good too, but give me the lemon tarts any time. 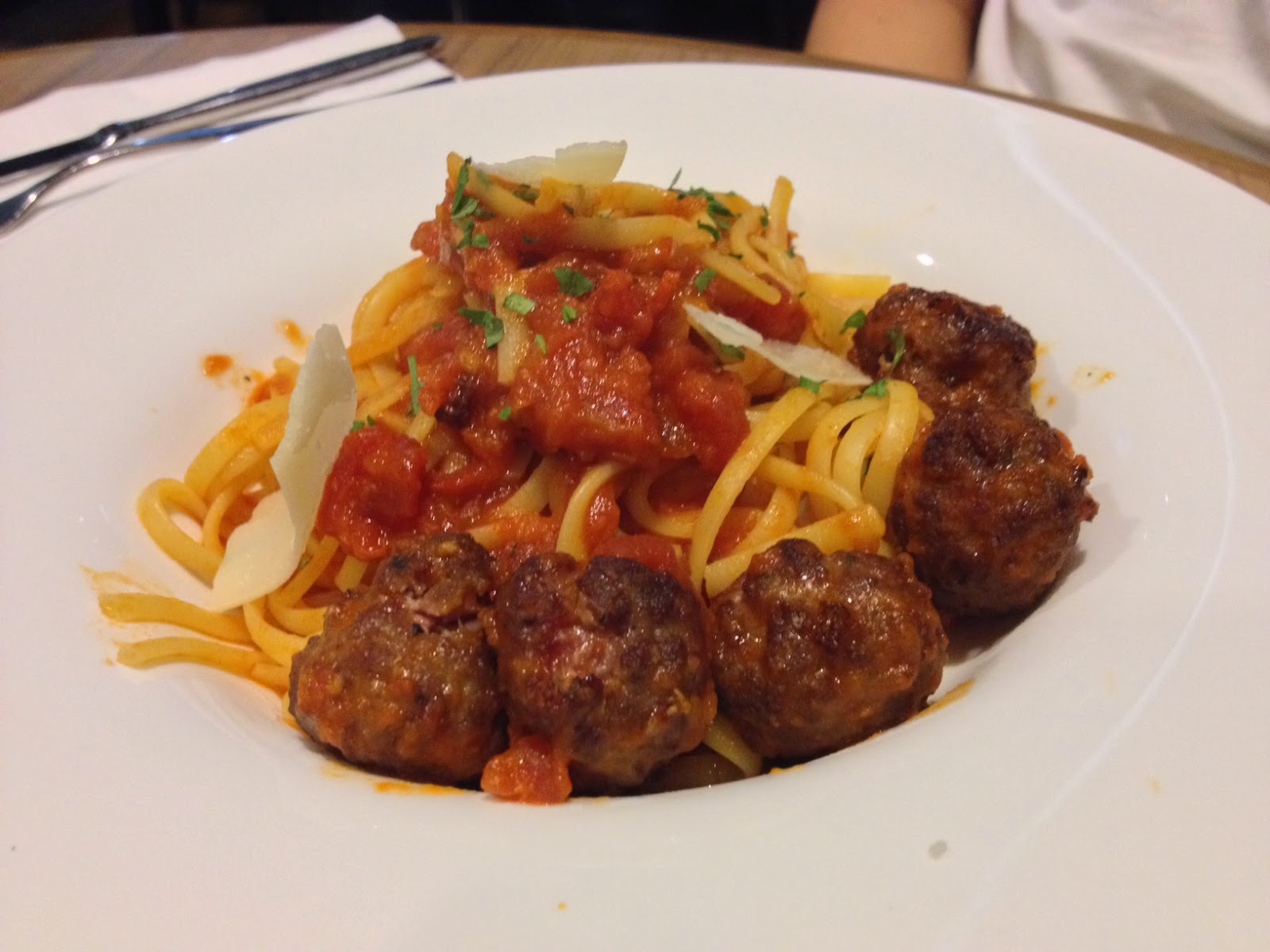 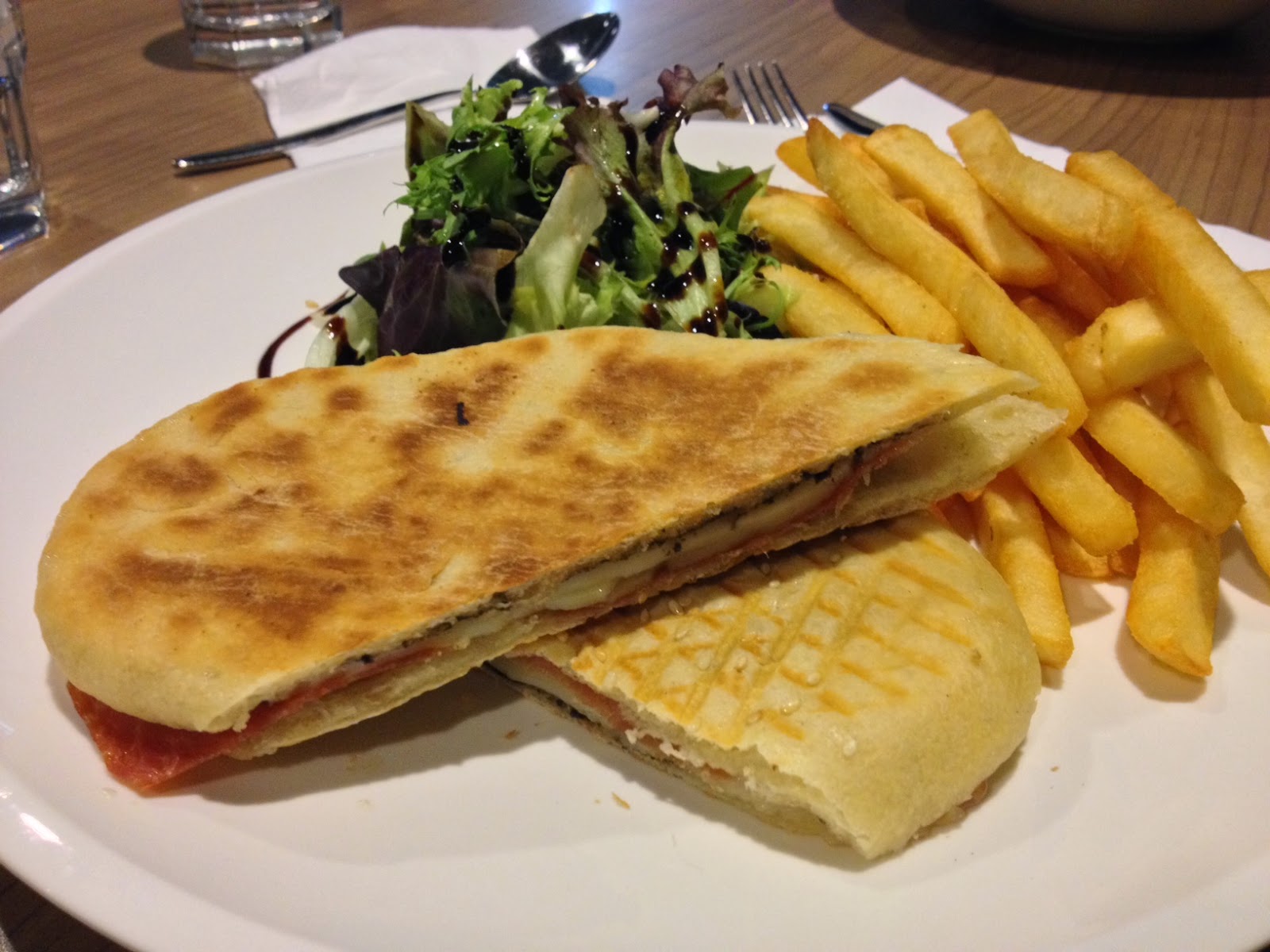 I like the place so much that I brought A for dinner one night after work. We had the linguine with meatballs, and the Serrano ham and emmental cheese panini. The linguine was clean and simple, and I really liked the panini. I would have preferred the addition of a slightly stronger cheese to add a bit more flavour and saltiness - some grana padano from the risotto would be perfect.

They also do one of the best pain au chocolats in town - light, flakey and fluffy, they're even better than some of the ones we had in Paris recently.

Pastries are great. Meatballs are great. Everything else is average. The branch at Asia Square does make for a great place for quiet weekday dinners in Shenton Way though.

Posted by atetoomuch at 10:02 PM No comments:

O My Dog at 100AM is part of the Spa Esprit group and, like The Mustard Incident, offers interesting hot dog flavours. I went for the Bak Chor Mee dog, which was a pork sausage topped with vinegary minced pork,  grated cucumber and sambal mayo. 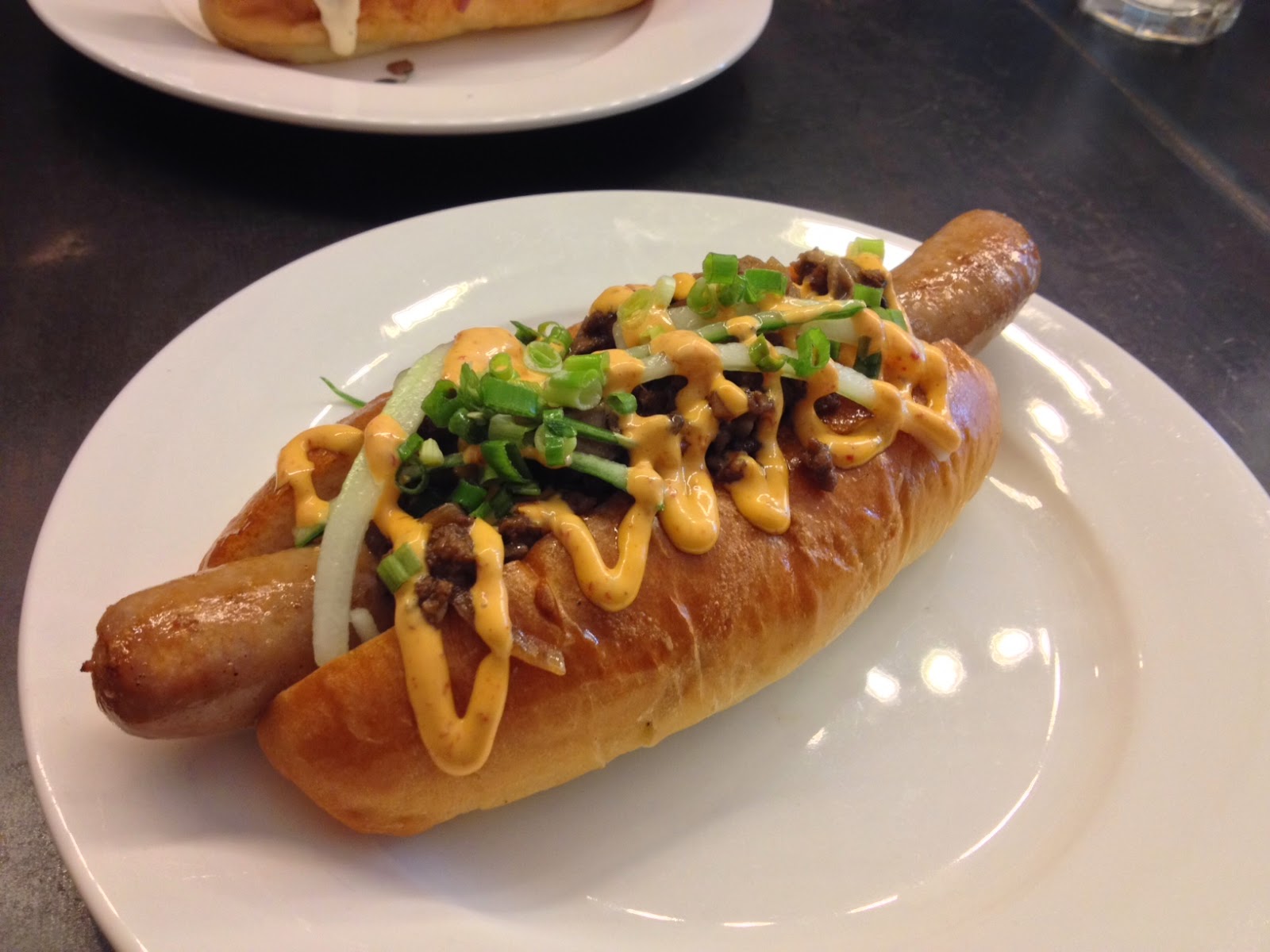 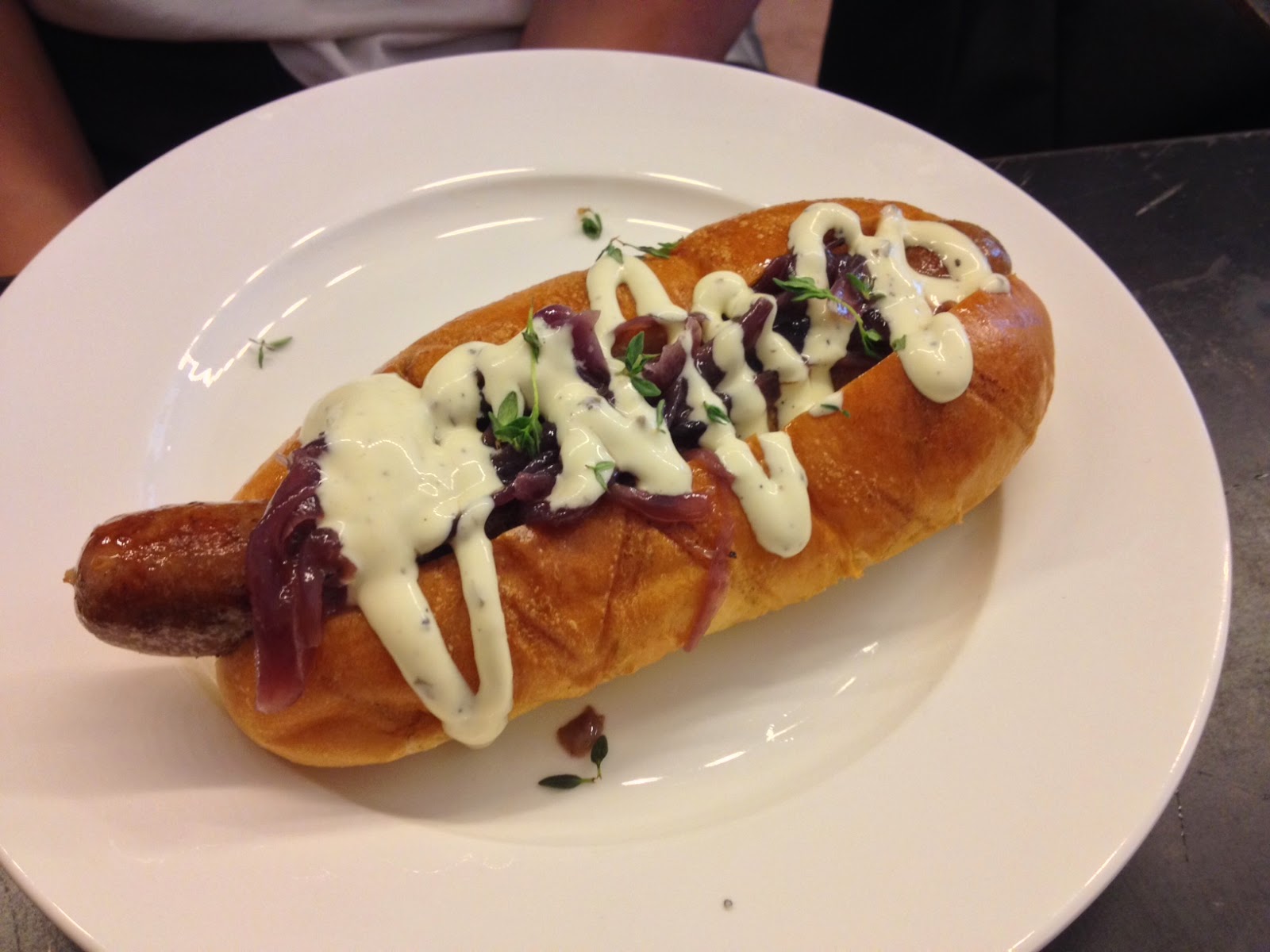 It was interesting, but this time the tried and tested option was much better. A's Le Dog, with a beef sausage, onion jam and truffle mayo was really good.

They have other combis like Sunday Roast (lamb, pea and mint) and Nacho Libre (chili, corn chips and guacamole), but I really wonder why no one has bothered to make a Korean dog. A beef sausage with kimchi and mayo - I know for a fact that it's a winning combi, having tried it at Chelsea Market, and we're certainly not short of good kimchi in Singapore, so why on earth aren't more people offering it?!

Great dogs. Poor seating. Will come back at odd hours.

Posted by atetoomuch at 9:29 PM No comments:

It’s been almost a year and Ubin Seafood is still at the top of our list for a great no-frills dining experience. Obviously the beef and heart attack rice are a must-have, but we’ve tried some new items that are pretty darn awesome too. 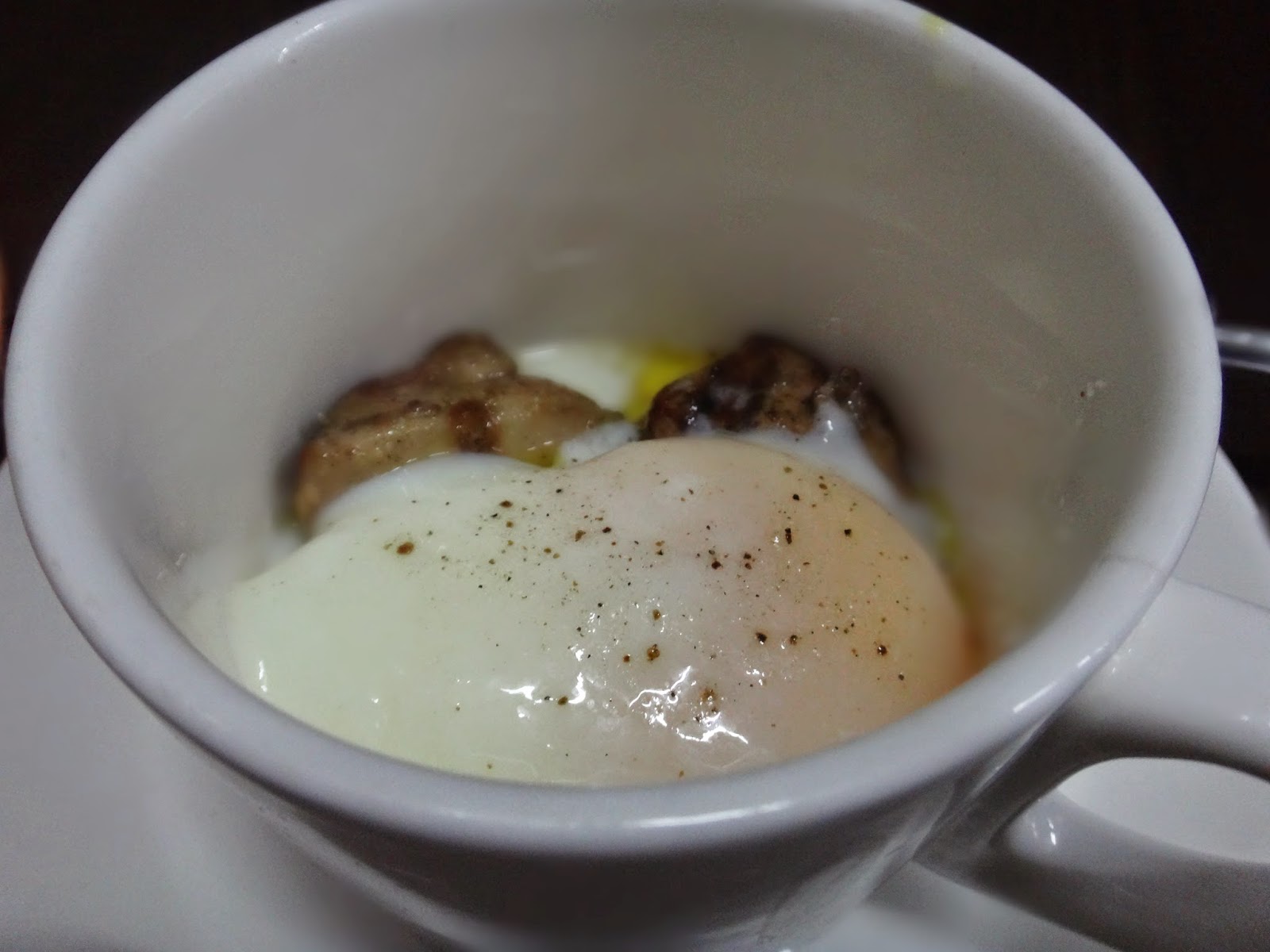 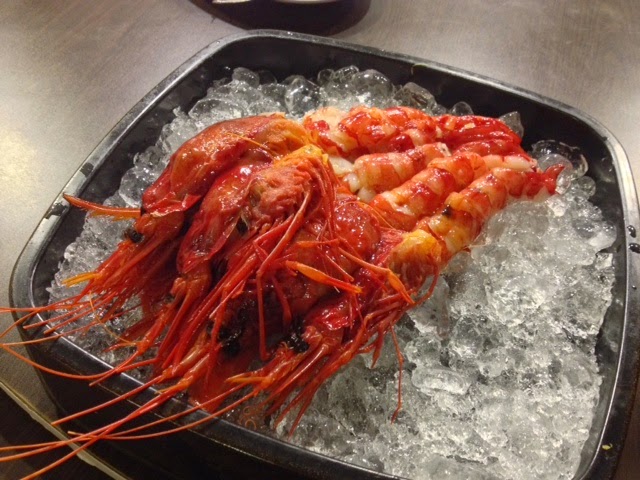 These prawns are served sashimi style, so you enjoy the sweet flesh with some wasabi and soy sauce, and then attack the mammoth head, filled with the richest, creamiest head juice that almost tastes like uni. At $16 a prawn, it's a bit of an indulgence but if you consider that other places serve the same prawn at over $30 each, it seems a no-brainer not to have it at Ubin. 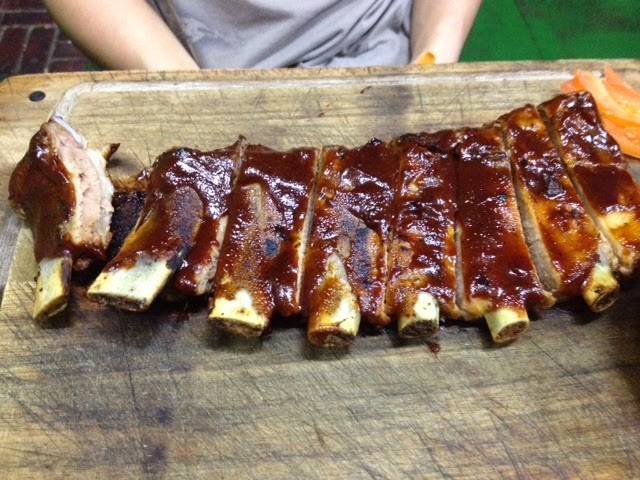 We weren’t particularly impressed with the regular pork ribs we had previously, but the kurobuta ones on the other hand were great. Tender, juicy and succulent, and most importantly, not smothered with BBQ sauce. 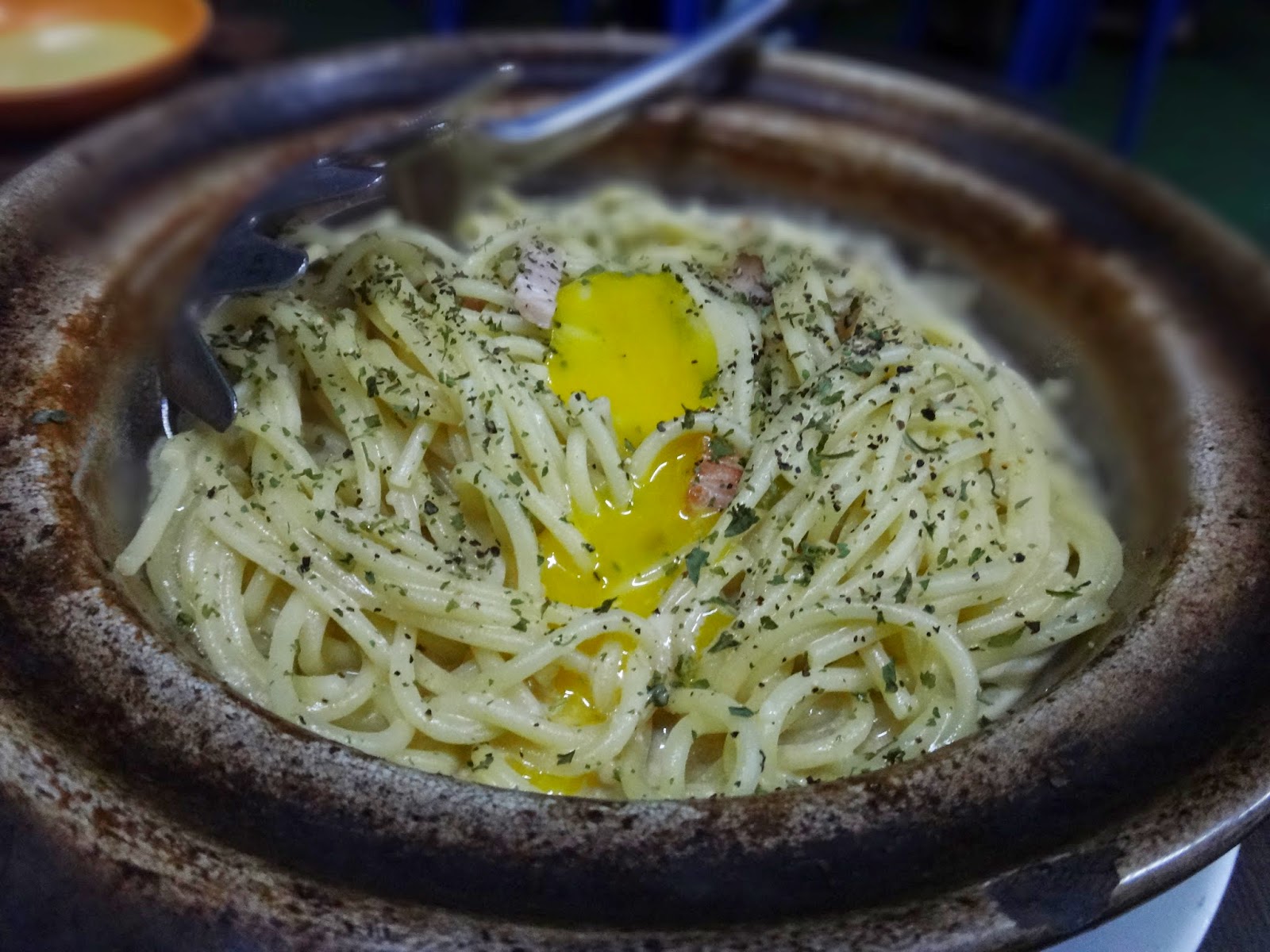 Carbonara with smokey bacon served in a claypot. This was also really good, but unless we're going with a large group of people, there simply isn't enough room in our stomachs for this, as well as everything else that we want to have.

Note that all 4 of the items above require pre-ordering at least a day in advance.

My ideal Ubin menu, then, goes something like this:

Collapse into food coma after.

Posted by atetoomuch at 9:28 PM No comments: