Atetoomuch was invited by Gavan, third generation owner of Lek Lim Nonya Cake Confectionery in Bedok North, to view their operations and have a go at making our own ang ku kueh. The company was started by his grandparents in the 60s as a home kitchen, and only moved to Bedok in 1986. They have relied solely on word-of-mouth all these years, mainly supplying to hotels and other stores. Now that Gavan has come on board, he thought it would be good to introduce the younger generation to the snacks of yesteryear, and to revive interest in our local culinary delicacies.

As part of his efforts to reach out, he's set up Lek Lim's website, www.kuehkueh.com.sg, where you can view their product catalogue, and also place online orders.

Pretty much all of the items that they make onsite (they sell some things like kueh ambon that they don't make themselves) are hand-made, which is a dying art these days. 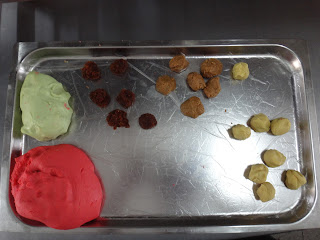 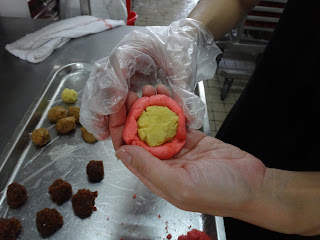 The ang ku kueh session was a hoot. They make 4 different kinds of ang ku kueh here - the traditional green bean, peanut, coconut and salty green bean. They gave us the first 3 to try our hands at making, with the filling in pre-rolled balls. 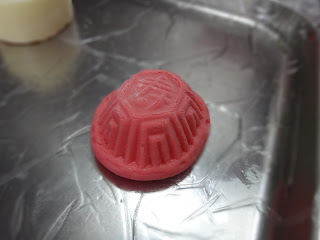 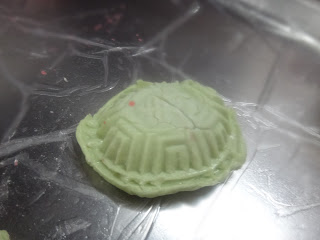 I found it lots of fun. The first one I made was a bit iffy, but after a few failed attempts I must say mine didn't look too bad. A's first attempt was a tragic monstrosity, haha. It took 3 of us long enough to make 16; I can't imagine making trays and trays of these on a daily basis. 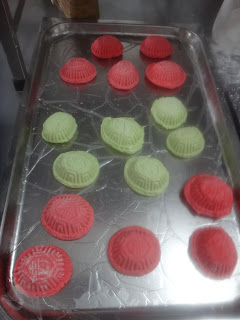 We got to take home the ones that we made (since I don't think anyone will pay good money for our misshapen attempts), and I must say, if our experiments already tasted this good, I can only imagine how the professional ones will be. The skin is light, and tasty in its own right. The fillings are very generous, and in particular we really liked the peanut.

Some of the other items that really stood out were the curry puffs, the glutinous rice, and the steamed yam cake. 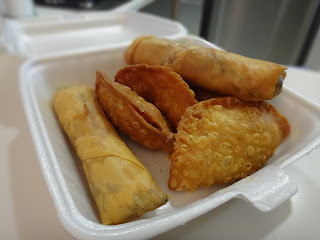 The curry puff was outstanding. In the age of machine-made Old Chang Kee curry puffs, with thick dough and dumbed-down filling, this is a joy to eat. The skin is thin, and the filling is properly spicy with a hint of kaffir lime leaf. Since Madam Moh doesn't make her pyramid curry puffs any more, I think this is now the best traditional fried curry puff around. 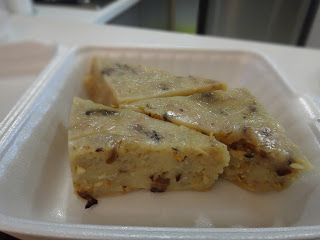 They do both a fried and a steamed yam cake; I was surprised that both A and I preferred the steamed one. The ingredients added heaps of flavour, and I like the fact that they added chopped bits of yam to add texture as well. 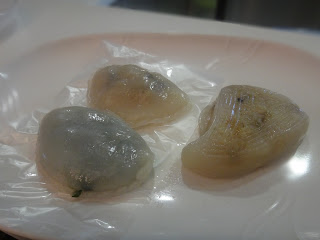 They make soon kueh, koo chye (chive) kueh and png (rice) kueh as well. I liked the fillings, especially for the soon kueh, but I personally found the skin a little too thick. I would have liked the skin to be a little thinner so that I can taste more of the ingredients. 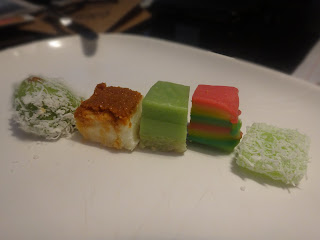 They also make kueh salat, kueh lapis (9 layer kueh), ondeh ondeh and tapioca cake. The ondeh ondeh was good, but I wasn't as fond of the salat and lapis; I think I'm used to slightly sweeter versions of both of them. 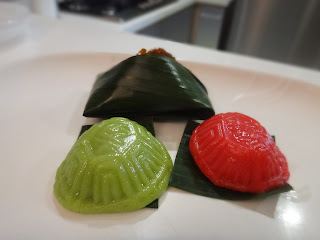 The mindset these days, especially as we become more affluent and well-travelled, is that these local snacks are too reminescent of our grandparents' day. Cupcakes and macarons are all the rage, and local kuehs are seen as "uncool". A and I are probably culprits of this mentality as well, but sampling some of Lek Lim's snacks, and thoroughly enjoying them, has made me realise that sometimes, it's good to just go back to the basics. Nostalgia defininitely tastes good.

Everything was great except for the layer cake and the kueh salat. I highly recommend it if you're into old school local "snack" foods. 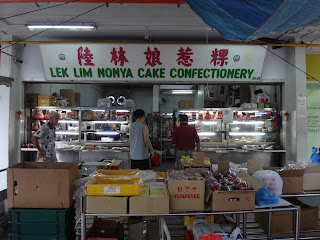 Posted by atetoomuch at 9:46 PM