After A realised that Chinese food really ain’t that bad after all, after the dinner at Imperial Treasure Super Peking Duck, W introduced us to her favourite Imperial Treasure incarnation, the Imperial Treasure Cantonese Cuisine at Great World City. After a very enjoyable meal there a couple of weeks ago, I decided to bring my family there for dinner on Sunday.

I ordered a number of the same dishes that W did, cos I figured she knew best. So we had the double boiled soup of the day (it was lotus root, pork and dried oyster), which was flavourful and satisfying as only the Cantonese can do their soups. We even enjoyed the pork that was used to boil the soup. It tasted really good with the in-house hae bee hiam. 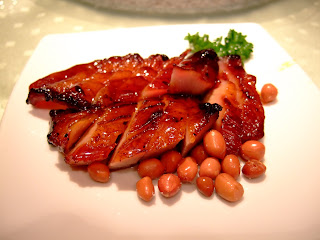 We ordered a small plate of the grilled pork neck starter, which was prepared char siew style. This was good because it wasn’t as fatty as the belly pork char siew at Canton-I, and it had a nice bite to it, from the texture of the pork neck. 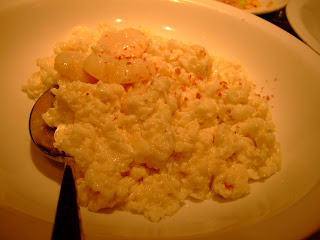 We tried the scallop fried with egg white and truffle oil, which we’ve been eyeing since seeing it being served to other tables at Paragon. This isn’t cheap – a medium portion is $42 but it was really good. Unlike most egg white dishes of this nature where you need a few drops of Chinese vinegar to enhance the flavours, it wasn’t necessary with this dish because of the truffle oil. 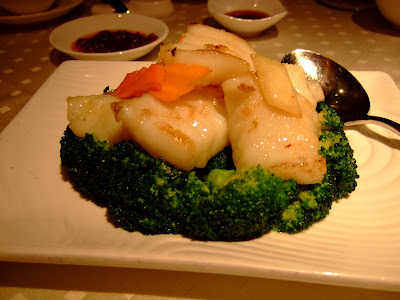 Another dish that was really well executed was the very simple pan fried garoupa with broccoli. I admire how they can cook fish and vegetables with almost no sauce, and yet incorporate so much flavour. 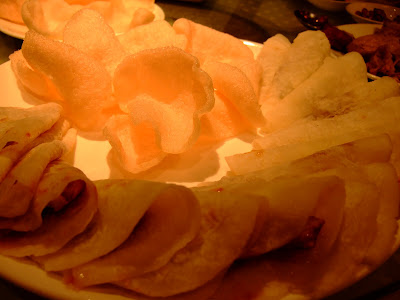 A couple of dishes weren’t as good as the Paragon branch – the peking duck, for one. I guess the Paragon branch is called Super Peking Duck for a reason. The duck there costs $18 more, but you get the different cuts of skin and meat presented on different platters, and the skin is light and crisp. Plus you get to roll the duck in the pancakes yourself, so you can choose which cut of meat/skin you prefer. Here, it’s rolled for you and there’s no distinction in the cuts of meat. The pancakes were also a bit on the soggy side.

Also, the fabulous mee pok with truffle oil isn’t on the main menu here, but we spotted it in a set dinner menu so I asked for a small portion. It was still good, but somehow it lacked the oomph of the one at Paragon. Maybe because since it’s not a regular item on the menu, it’s not prepared as often and the kitchen isn’t that used to it.

Service here is a lot better than at Paragon, and for this reason I’ll probably keep coming back here, unless I specifically want a good peking duck. Here, I don’t feel like I’m a second rate citizen just because (a) I’m not a regular and (b) I don’t speak Cantonese. All the waitresses were very friendly and accommodating, even though I had to order/communicate with an elaborate system of sub-standard Mandarin and finger pointing.

Excellent location for a family dinner.