We planned to try the new ramen place at Central on Friday night, after reading rave reviews and S strongly recommending it. But A had to work late, and by the time we got to Central it was almost 9, and the ramen place, while still open, had sold out all their ramen for the night.

We ended up at Tom Ton instead, which is a restaurant that specialises in black pig tonkatsu. In fact, it’s a branch of the black pig restaurant that shares premises with Tampopo at Meidi-Ya. No ramen, black pig or otherwise, here though. More than half the menu is dedicated to various versions of katsu, all served with rice.

While I’ve always wanted to try the Black Pig Shabu Shabu, somehow I wasn’t in the mood for it tonight. Maybe because it was late and I was hungry, but somehow I wasn’t looking forward to a dish that would be better appreciated if we had more time to kill – to slowly dunk and swish each slice of pork to ensure that it was perfectly cooked. Instead, what I needed was an immediate comfort food fix so we settled on two starters – black pig spare ribs and a simmered tofu with belly pork, and shared a main of tonkatsu with egg served with rice. 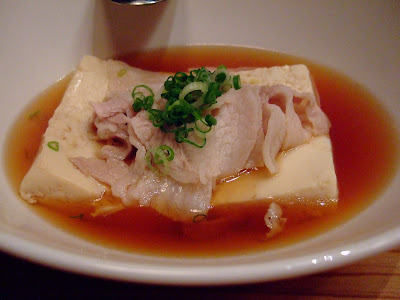 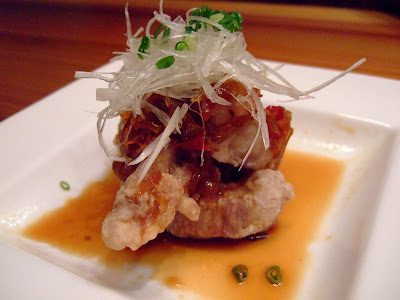 The black pig spare ribs were a bit of a misnomer, because all the pieces we had didn’t had a single bone in them. The pork was really good – fatty and tender and succulent, and the sauce was slightly like Thai sweet chilli sauce. The tofu was plainer, but the belly pork slices were melt-in-the-mouth tender. The sauce that accompanied the tofu was very light and delicate but very addictive. We ended up using the serving spoon to drink up all the soup – very uncouth. 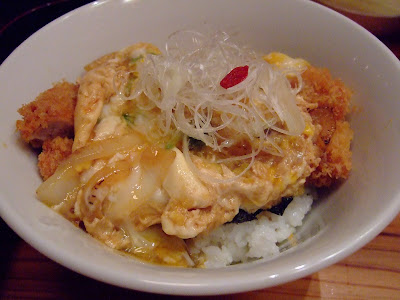 I quite liked the main course but A wasn’t too fond of it. It was actually just what I needed – comfort food that I could just shovel into my mouth. The pork was good, the egg was nice and runny, and the rice was a tad soft but in this case, it worked really well with the dish.

Next time, we’ll try to come earlier and I hope I’ll be in the mood for the shabu shabu. It did look very good and after having the belly pork slices with the tofu, I realise that’s probably the best way to showcase the flavour and texture of black pig.

Although I like the atmosphere and good service, the lack of variety on the menu means this won’t really be tops on my list unless I’m specifically looking for good pork done Japanese style.